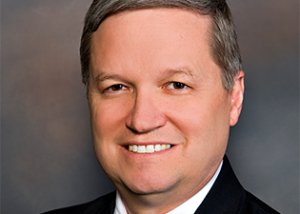 Chief Dan Jones began his fire service career in 1974 in Pinellas Park, Florida. In 1990, he was selected as Fire Chief for Chapel Hill, North Carolina, the home of the University of North Carolina. Providing fire protection for a college town, Chief Jones and his team faced a number of serious challenges – perhaps most notably a tragic fire in 1996 at the Phi Gamma Delta fraternity house. The fire killed five students but also led to significant policy and legislative changes for student housing and new developments that have made the community (and others) much safer.

“That was a horrible tragedy,” Jones says, “but a lot of good came out of it – sprinkler systems in student housing, not only here in Chapel Hill but also in other parts of the country – and I felt good about the fact that we were able to turn that tragedy into a lot of positive things.”

During his career Jones served in a number of roles including president of the International Society of Fire Service Instructors and editor-in-chief of National Fire Rescue magazine. Chief Jones retired from the Chapel Hill Fire Department in 2015 and has his own company (Chief Dan Leadership LLC) that provides leadership training. His home has a residential fire sprinkler system.