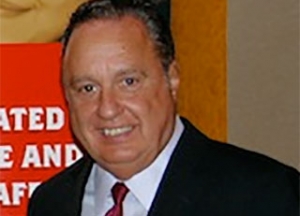 John Viniello has been in the fire sprinkler industry since 1973 where he served in several positions for the National Fire Sprinkler Association (NFSA). He served as assistant director of codes and standards, regional manager for the Northeast, vice president of field operations, and was elected president in 1984, a position he held for 28 years. In the 1980s, he was one of the pioneers in the development of residential quick-response fire sprinkler technology. In 1999, he helped spearhead the formation of the International Fire Sprinkler Association (IFSA) which aimed to promote fire sprinklers worldwide. He served as a member of the IFSA board and was the association’s managing director until his retirement in 2012. IFSA was instrumental in the formation of the European Fire Sprinkler Network, which has now become the premier organization for fire sprinklers in Europe including the United Kingdom. John has written numerous articles and delivered hundreds of speeches on the features and benefits of fire sprinklers during his career. His very last speech was at a luncheon for the members of the House of Commons in London, England.