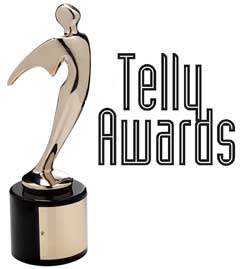 August 1, 2011 – Common Voices, an Advocates’ Coalition of individuals affected by fire, has received two Bronze Telly Awards – one of the most prestigious awards in advertising and video and film production – for a fire safety public service announcement campaign, as well as for one of the individual videos within the campaign. The PSA campaign, was among more than 11,000 entries from all 50 states and five continents.

The Telly Awards, now in their 32nd year, honor outstanding local, regional and cable TV commercials and programs, the finest video and film productions, and web commercials, videos and films.

The award-winning Common Voices PSA campaign is comprised of six testimonies from advocates who are either burn survivors themselves or have lost loved ones to fire. The advocates each tell their own compelling story, using their harrowing experiences as a way of promoting lifesaving fire sprinklers.

“I am excited for all six Common Voices advocates,” explained Vickie Pritchett, Facilitator of the Coalition. “These ladies have turned their personal tragedy into advocacy that will save others in the future. I am so proud of each of them, and enjoy working with them to create resources that will educate others about the importance of fire sprinklers.”

As a burn survivor and executive director of The Phoenix Society for burn survivors, advocate Amy Acton hits home with the message that fire does not discriminate between individuals and that it could affect anyone. Justina Page, another burn survivor, discusses the pain of losing her 22-month-old son in the fire she survived; she wishes she had known fire sprinkler protection was available in homes. Donna Henson of Missouri, Bonnie Woodruff of North Carolina, and Gail Minger of Florida also tragically lost their sons in fires. Citing fire sprinklers as proven technology, they express the need for codes and legislation that promote fire sprinklers and prevent other families from facing such tragedies.

One testimonial from advocate Vina Drennan, Sleep with a Firefighter, earned its own Bronze Telly Award. Drennan, whose husband lost his life in the line of duty as a firefighter, explains how having the protection of residential fire sprinklers is like having firefighters in her home 24/7, 365 days a year. Not only do they protect homeowners such as her, but they also protect firefighters who respond to fires, preventing future line-of-duty deaths from occurring.

The advocates of Common Voices hope that by bringing their voices together they can educate others regarding fire and its devastating impact. The Coalition strives to make a difference by sharing their stories and influencing change.

To view the PSAs and for additional information, please click here.