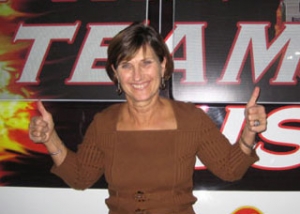 “Sunday, May 12, 1996, was graduation day at the University of North Carolina – Chapel Hill, as well as Mothers Day. It was a beautiful day with Carolina blue skies, however, it also was a day that changed my family’s lives forever. My only son, Ben, and four other students died in an early morning fire, which was caused by carelessly discard smoking materials, at the Phi Gamma Delta fraternity house. Even though the smoke alarms activated, there simply was not enough time for them to escape. I learned from Chapel Hill Fire Chief Dan Jones that fire sprinklers could have saved them, buying them the extra time they needed to escape while containing the fire to a small area.

In fact, two years before the fire, Chief Jones had alerted town and university officials that the old fraternity houses presented significant fire risks and recommended retrofitting them with fire sprinklers. They felt it was not a cost-effective decision and that Chief Jones may have been overreacting to the dangers.

After having experienced the ultimate loss of my son, Ben, I knew I had to speak out to bring attention to this national tragedy and promote lifesaving fire sprinkler protection. My mission was to save lives and prevent other parents from experiencing what my family had to experience. With the help of Chief Jones, I became an advocate that spoke at many colleges and universities, promoting progressive legislation for fire sprinklers wherever possible. From this tragedy, I have been able to make positive changes in fire protection efforts, unifying my voice with other advocates through Common Voices to make an even bigger impact. We bring the ‘unexpected messenger’ into the fire sprinkler conversations at the local, state, and national levels.”