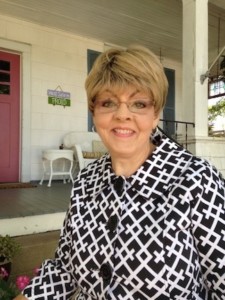 “Just a month after my fifth birthday, my life changed forever. My mother put me down for a nap and she walked to my aunt’s house to borrow a vacuum cleaner as my grandmother and great-grandmother sat outside on the porch swing. Not long after my mother left, a fire began. I screamed for help, prompting my grandmother to run into the house, but the stairwell to my second-floor bedroom was ablaze. As she went outside the house to another door to the second floor, a teenage boy who had been driving by, stopped to help her and rescued me from the flaming inferno. At that point, I had already received third-degree burns over 50 percent of my body.

At the hospital, I endured endless skin grafts, dressing changes, and much more. I underwent physical therapy to relearn to walk and other activities most people take for granted. I simply would not eat and, as a consequence, I had to have feeding tubes placed many times, each time pulling them out because they were bothersome.

After nearly four months in the hospital, I was able to return home. After a few month of being at home, I entered the Shriners Hospital for nine months to go through several more procedures. Until I was 16, I would be in and out of that hospital for periods of three to six months at a time.

I had to carry an umbrella with me everywhere, which drew more attention to me. I didn’t understand why people stared, mostly because my mother made me believe I was just like any other girl and did her best to made sure I felt comfortable around other kids and that they felt comfortable around me. Fortunately, my small country community also was a blessing as no one at school ever made fun of me or called me names.

Fire disfigured me but it has also given me purpose. As a result of my time spent at the hospital, I became a registered nurse and have been able to give comfort to others. My work lobbying with the American Burn Association led me to Common Voices, which has given me further opportunity to tell my story and become a strong advocate for home fire sprinklers. Fire sprinklers should be installed in all new homes because of the dangerous speed of today’s fires. It is my hope that my story and advocacy efforts will help prevent similar things from happening to others, especially children.”