In the late evening of February 29th, my husband and I were on our way home from vacation. Tired from our three–hour drive from the airport in Baltimore, Maryland to Selbyville, Delaware, we saw flashing lights in the distance. “It must be a traffic stop,” my husband said as we rounded a far corner. I agreed, but as we neared it became apparent that it was more than that. “No, it’s my mom’s assisted living,” I whispered in fear as we neared. Soon, to my horror, I saw multiple fire trucks in the road. My worst nightmares revisited, I switched gears to the memory of my brother’s home fire five years ago, an unstoppable fire that took his life, his wife’s, and their four beautiful, sleeping grandchildren. It was so deadly that it smoldered for two more days before it was safe enough to enter. At that point it, was reduced to ashes and rubble. It took a week for them to recover the six bodies of my loved ones.

This could not happen to my family again. What are the chances I could lose my brother and my mother to two separate fires? How is it possible that fires are that prevalent? As we approached, I clearly saw three fire trucks, one with a ladder to a top window on the fourth floor that was leaking smoke. All of the lights inside the building were shut off. It stood in darkness. Not knowing what to do, we allowed our car to be ushered around the activity and saw that the lights to the other wing were still on in the back. My mother lived on that side, so I held out hope that she would be okay, with the knowledge that the building was sprinklered, as mandated by law. I had checked that before we moved her in. None of us would ever live in an unsprinklered building again. If my brother had only had fire sprinklers in his home, they would all be with us today.

Regardless, I needed to go back, so I returned to the front of the building and parked as close as the firetrucks and activity would allow. There was a lot of activity, and firefighters busy in the driveway, but I singled out a Fire Chief nearby and told him my mother was inside (and that my brother had died in a fire), and I needed to know what was happening. She was wheelchair–bound and on the third floor, her chances of escape were dependent on the fire sprinklers. I knew she would fear for her life, and that this would bring back all the terrible memories of her son and grandchildren’s death. Thank God, he told me that they were lucky, there was an electrical fire in an unoccupied apartment and one sprinkler had extinguished the blaze. The greatest extent of the damage was from some smoke and the water from the single fire sprinkler. In comparison to the potential loss of life and fire damage that could have occurred, it was nominal. I told him I wanted to go in to help, and he advised me to say I was an employee if any fire folks asked. Many of them were busy in the lobby, but I was allowed up by people who worked there and knew me. They knew I wouldn’t interfere and was only there to take care of my 93 year–old mom.

I entered her very dim room, where an aide was attempting to put her to bed. She was completely out of sorts, and for the first time ever, she didn’t know who I was.That was a fierce scare. After a few minutes, she came back to her senses, calmed down, and realized it was me. I calmed her down and she fell into a fitful sleep. I went to see if I could help anyone else, and everything seemed relatively under control, so I went home. I was awake a great deal of the night, reliving the time of my brother’s fire. An experience like this only reinforces my commitment to fighting for mandatory fire sprinklers in all residences.

Both my mother and her friends’ lives were spared that night, solely due to fire sprinklers. I almost lost her anyway because she contracted a very bad case of the flu, which led to pneumonia and resulted in a two-week hospital stay where she was very near death. She got the flu the night of the fire in her neighbor’s room which was crowded with 30 people sheltering until everything was under control. I would have blamed the fire if I had lost her.

I write this on a day when I also visited my salon, which is in the Princess Hotel in Ocean City, Maryland. When I arrived, there were hotel personnel everywhere cleaning up water damage that had occurred on the bottom floor, where my salon is located. I was informed by the salon owner that there had been a dryer fire in the hotel laundry room at 2:00 a.m. It could have been deadly, if it had not been put out by the fire sprinkler in the laundry room, as it occurred when all of the hotel’s occupants had been asleep.

Fire does not discriminate, it attacks anywhere, and can kill or injure anyone regardless of income, religion, race, or circumstance. It does not give warning and can spread to a deadly level within three minutes. Fire sprinklers will activate when the temperature reaches 155 degrees, and can generally either extinguish or prevent flashover (the point at which no one can survive) by the time firefighters arrive on the scene, as evidenced in the two fires I referenced.

In checking records on the FEMA site, I found the latest national statistics, which were from 2018.

These are no small numbers, and deaths are on the rise, as the materials we build and furnish our homes with become more easily flammable and toxic than ever before. Fires grow and spread faster than ever and are more poisonous faster – therefore more deadly. Please, make sure you have working smoke detectors, practice a fire escape plan, and install fire sprinklers. It will make all the difference in a fire emergency.

I never thought it would happen to my family, but it did…twice. Don’t gamble with your life or the safety of your family. Prepare for the worst and be ready. 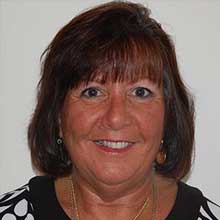