The Need for Fire Sprinkler Legislation 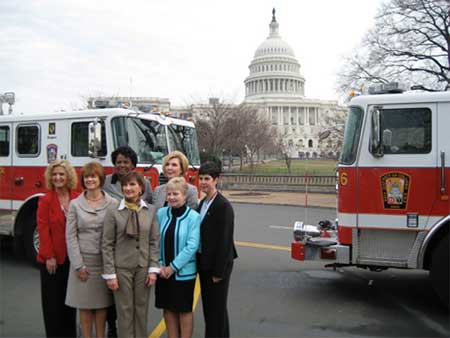 February 16, 2013 – On January 26, the world watched a great tragedy unfold as 235 people were killed in a nightclub fire in Santa Maria, Brazil. The U.S. fire service extends its deepest sympathies to the victims’ families as they cope with this tragic loss. The deaths of these individuals is made all the more tragic due to the preventable nature of their deaths, and further highlights the long overdue need for Congress to take substantive steps to encourage safer buildings and prevent future tragedies like this from occurring in the United States.

The threat of fire spans all nations. The recent tragedy in Brazil immediately invokes memories of mass- fatality fires in the United States, such as the 2003 Station nightclub fire in West Warwick, R.I. which killed 100 occupants. As in Brazil, a simple fire sprinkler system could have drastically improved survivability rates for victims of the Station nightclub fire. As the nation mourned their loss in 2003, it watched as members of Congress introduced the Fire Sprinkler Incentive Act to assist property owners in retrofitting their properties with fire sprinklers. Ten years later, Congress has failed to pass the Fire Sprinkler Incentive Act.

Since the Station nightclub fire and the original introduction of the Fire Sprinkler Incentive Act, fires in the United States have killed nearly 30,000 people, injured almost 100,000, and caused countless billions of dollars in damage. The proven technology of fire sprinklers has continued to demonstrate increased survivability rates in fires of 86% and reduced damage rates by 69%. Every day, far too many people are dying preventable deaths in buildings that are not sprinklered.

The 10th anniversary of the Station nightclub fire, February 20, is fast approaching. Congress can honor the memory of the Station nightclub fire victims by reintroducing and passing the Fire Sprinkler Incentive Act and helping property owners make their buildings safer. There will be another dangerous fire in a crowded building, the only question is whether the people inside will have a chance to escape. Congress must lead the way for safer buildings in the United States by passing the Fire Sprinkler Incentive Act.