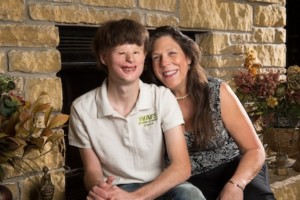 In 1992, a house fire forever changed my life and the life of a six-week-old infant. I am a nurse and this infant became my patient after the house fire he was in left him legally blind and forever disfigured. His injuries were intensified by a family’s delay to rescue and a volunteer fire department’s response time. During this infant’s four-month hospital stay, he began on his road to a lengthy and painful recovery which now totals 89 reconstructive surgeries.

Eventually, I brought Jeff, the little miracle, home and adopted him into my family. I witnessed firsthand his day-by-day struggles with pain, developmental delays, missed school, surgical pain and aftercare. Friends were hard to come by; many children were afraid of his appearance. Most of Jeff’s childhood was spent with a handful of adults and/or in the hospital.

This past week’s high-rise fire in Grenfell Tower in London was a scorching reminder of all that Jeff has been through and survived. It also reminds me that his fire and the tragic London fire were predictable and preventable with the use of fire sprinklers. The most heartbreaking detail released with the London fire is that the owners were aware of fire sprinklers and their role in saving lives, yet they opted instead to spend money on decorative enhancements over fire safety. Often people aren’t aware of the abilities of fire sprinklers, especially in their homes, and choose granite countertops over sprinklers. In the case of the London fire, the owners were aware but made a deadly decision instead.

All one would need to do is spend an hour with a burn injury survivor to understand that there is no more painful injury than a burn. It’s a level of pain that one would not even wish on his or her worst enemy. For the people that survive, it’s not ever over. For the families that lose loved ones in a fire, it’s never over either. We can cure this horrendous event from happening by simply spreading the victories of fire sprinklers and getting them installed or retrofitted into every residence. In reading this, you might think that I am in the business of selling fire sprinklers on commission but actually I am still a nurse and the mother of a now 25-year-old burn survivor.

Fires show no prejudice. Residential fires often strike at night, during sleeping hours. No one is exempt from fire and its devastating effects. Get educated, get residential fire sprinklers, and share your knowledge. We can cure this together…and we will all sleep well.